After the usual compensation questions, the #1 question I hear from SE leaders is “what is the correct sales/SE ratio?” The answer, like most things in life, is “it depends” – but here are a couple of thoughts that may help.


1.       The SE Budget. My preference for setting an SE Budget is to base it on a true budget and not on a headcount number. That is, I’d rather be told I have $10m to fund an organization than be told I have a target headcount of 50 people. The monetary number (as long as it is reasonable) gives me far more flexibility in my hiring profile. Look at it this way – suppose I am told I can go out and hire two additional people – the usual response is to hire the best two SE’s I can find in the marketplace and bring them in as master/senior/principal SE’s. Yet it may make more sense for my overall business to hire five recent college graduates into an associate position – and it will cost me the same in terms of cash. Headcount gives no flexibility – budget does.

2.       The Sales/SE Ratio. Back in June 2010 I wrote “How Many SE’s Does It Take ToSell A Solution?” It was intended as a primer to walk you through the growth of a typical SE organization. However, it was still based on the fallacy of a Sales/SE ratio. The problem with a ratio is that unless you are a small single-product company it really doesn’t work too well. Sure – it’s a good starting point, yet the correct number of SE’s should be based on a return on investment as opposed to meeting a ratio or adding quota.

As an example: One of my customers re-aligned their Americas SE team, and decided that for global accounts the ratio would be 1:1, Strategic accounts and Federal got a 3:2 ratio, corporate/middle market was 2:1 and everything else (SMB, telesales and partners) was 5:1. These numbers were dictated by finance, and where they got them from I have no idea (and nor do they!).

So what is a better way? Base the ratio on how busy and how productive your SE’s are. I use a baseline figure of 60% customer-facing time (carefully measured, including prep time) as a metric for SE’s. If a team is consistently below that number, they are not busy enough, and if they are over 60% then they are running hot. Now – running hot is not the same as being efficient, so you need to look at what they are doing and the revenue generated. That is ROPE – Return On Presales Effort. All things being equal, if your North-East group has a ROPE of $2.3m and the South has a ROPE of $1.4m – I’d add SE budget to the North-East.


More later – obviously the art is in determining if all things are equal, and what to do if they are not .. so stay tuned.
Posted by John at 8:09 PM No comments: 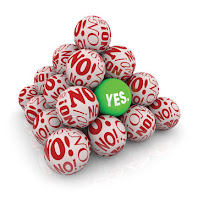 Big Ooops. Despite checking and rechecking my newsletter I still managed to send it out with bad link. To the main article no less. If you are a reader -  my apologies for resending the newsletter, but I promise you'll enjoy the lead of "Tell Me A Story : Why Your Customer References Are Ineffective".

I also cover WhiteBoarding remotely over a Webcast (see prior blog post) and answer a question about working on an unmotivated cross-functional team. The book review is "The Challenger Sale" - one of the best sales-oriented books I have read in a while. Definitely worth the time and money to check it out.

Good Selling!
Posted by John at 9:19 AM No comments: 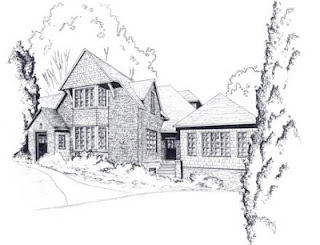 I start off many of my WB sessions by asking the participants to group together at their table and write a list of pros and cons about white-boarding. They do this on their team boards so it's an evil trick to get them up to the WB!

One of the cons I often see is "no remote White Boarding capabilities." And that's just not true. In fact - many of my customers now intentionally add in a blank whte or black slide in their PPT deck so they can "ad-hoc" a WB with a customer.

One great use for a WB is when you are reviewing / proposing an architecture with a customer. Often you need to make minor changes, add a box, reverse a data flow, relabel a component etc. The downside of using PPT of Visio is that it's difficult to do this dynamically. If you have a WB / drawing capability you can make those changes 'on-the-fly" and preevent the need for another sales call (and also misunderstandings and errors). Since no-one over the age of 12 can draw anything remotely artistic with a mouse I've been experimenting with tablets and drawing programs.

My personal preference is the Bamboo Connect Pen & Tablet. It allows you to concurrently control your mouse/pointer with the standard mouse and the pen - and you can sketch/overwrite things on both PPT and the webcasts whiteboard. You can also modify Visio by allowing pen mods or dropping the diagram into a PPT deck.

For "start-with-a blank-page" type remote WB's then I'd look at the Papershow. It's a USB pen
that utilizes a special pad of lined paper. It's advantage is that you can see what you are writing and you can pre-draw in pencil (i.e cheat) on the pad before you draw it for real. It projects really well over a webcast. The downside is that you have to go through some complex hoops to do this for an existing PPT slide so it takes away much of the spontaneous aspect of your pitch.

Bottom Line - don't give up on dynamic drawing just because you're on a webcast. If nothing else - it will brighten up the presentation just because it is different!
Posted by John at 10:39 AM No comments: