The MTS site was updated over the weekend - a few days late because of the "World Tour". This month I spend some time looking at why the best SE's often give the worst demos and blame The Curse Of Knowledge (see previos post). The second article is about Personal Agendas - and why as an SE to need to determine what the personal agenda (i.e. "the win") is for every person that deal with in a customer account. It's an important, but overlooked part of the sales process - and is one area where you can add unexpected value to the sales team. 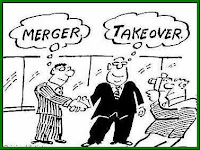 The month is rounded out with Ask John's response to Help I'm Being Acquired! and the Book Review of 10 Steps To Successful  Virtual Presentations. Enjoy The Read!

Next month's review will be focused on Dan Roam's (author of Back Of The Napkin) latest book - Blah, Blah, Blah - why words don't work. I've read the first section of three and so far, so good.

Good Selling.
Posted by John at 1:28 PM No comments:

The Curse Of Knowledge : Why Demos Fail

In 1990, Elizabeth Newton, a Stanford University psychology graduate student studied  a simple game in which she assigned people to one of two roles: “tapper” or “listener.” Each tapper was asked to pick a well-known song, such as “Happy Birthday,” and tap out the rhythm on a table. The listener’s job was to guess the song. How well did they do?


Amazingly poorly! Out of 120 songs that were tapped out, only three were guessed correctly – a 2.5% success rate. Yet the “tappers” estimated the success rate would be 50%. Why the big difference – because the tappers were cursed with the knowledge of the song title and found it impossible to imagine what it was like for the listeners to hear and interpret the isolated taps. That is the Curse Of Knowledge!

So why were the scores so bad and what does this have to do with being a Pre-Sales Engineer?

We understand and know our solution. In fact we know it really well because in many cases our job depends on it. However – we find it extremely difficult to place ourselves in the situation of the customer who is seeing our demonstration for the very first time. The more familiar we become with our topic, the more implicit assumptions we make about what our customer should know as opposed to what they actually do know. The result is a knowledge gap, which your customer fills in by assuming either that your product is complicated (because they don’t understand something) or that you are a poor presenter (because they don’t understand what you are doing).


In a large proportion of the demos I have reviewed since starting Mastering Technical Sales, the Curse Of Knowledge has been apparent. I put on my “dumb CIO” or “typical businessperson” hat and list all the assumptions that the sales team has made in the demo. That list usually stretches into double digits.

For ideas on how to fix the Curse Of Knowledge read here.
Posted by John at 6:30 PM No comments: