I spent most of last week visiting St. Kitts and Nevis down in the Caribbean.  Relaxing and not working – a very pleasant experience. My intent was to sit on the beach and catch up on all my reading using my trusty Nook. All went well until mid-week, when I discovered that Barnes & Nobel will not let you purchase and download any eBooks if you are physically outside the US or Canada. At that point I was out of easy beach books, all my wife had to offer were romances, so I turned to the collection of business books I had stored and dived in. That’s a long way of saying I will be reviewing several books this month.
I started with David Siteman Garland’s Smarter, FasterCheaper. It’s a book reminiscent of one of those self-improvement shows on American TV at 4am and put me to sleep faster than sunshine and a few rum punches. It should be titled Boring, Verbose and Obnoxious – now I have to admit I only got ¾ of the way through it and there could be amazing pearls of wisdom in the last ¼, but I doubt it.
Next was John Medina’s Brain Rules. I quote John several times in my seminar so I enjoyed reading the whole book in which he cites 12 rules for the brain to function perfectly. It’s relevant to the SE because it deals with teaching and remembering – both on the giving and receiving end.
Finally I’m partway through Getting To Yes by Roger Fisher and I’m really enjoying the book. It’s effectively an introduction to negotiation and seems to apply both professionally and personally. I have already made notes about how an SE can better negotiate with a salesrep, a sales manager, their immediate manager and the customer - never mind friends, family and significant others! I think it’s going to be the best of the three.


The moral of all this is having spent six weeks reading about mistakes and how to correct them, I neglected to be fully prepared for my vacation and ran out of trashy beach reads so was forced to start thinking about business again. A steep price to pay!
Posted by John at 10:53 AM No comments:

Email ThisBlogThis!Share to TwitterShare to FacebookShare to Pinterest
Labels: books 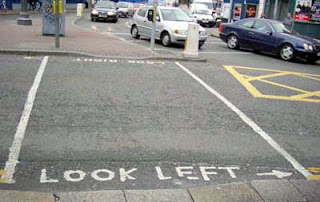 I've spent a lot of time the past six weeks thinking about mistakes, errors and omissions - especially as they relate to the role of the Sales Engineer. During that time I read Alicia Turgends "Better by Mistake" (which was just OK) and Atul Gawandes "The Checklist Manifesto" (which is July's highly recommended book). All that thought prompted me to write the Talking Point for this month which is Eliminating Mistakes In The SE Sales Cycle - A Quest for Perfection.

There are really two major forms of mistakes we make as an SE - the first comes from ignorance when you simply don't know something (and you may or may not know that you don't know it - if you follow me!). The swcond is where you definitely know something, but you show poor execution. You may forget to take a vital step or choose to ignore it. Each of these manifests itself in an error that slows the velocity of a deal through the sales cycle.

So I'm a big believer in process, checklists and pre-launch charts. Not to the extent that they take up hours of time and pages of dead trees - but certainly to the extent that they catch the obvious errors which we and others have made. (Ever given a demo and forgotten to sign-on, or cache some data, or clean out a screen, or link to the wrong database etc?)

So the July call to action - especially for smaller SE teams - is to build simple one-pager checklists and drive mistakes out of the cycle. And for larger companies - look at the checks and balances that you have, because over time they become too brdensone and then people skip them anyway!

Good Selling!
Posted by John at 7:36 AM No comments: