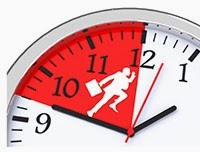 For those of you whose fiscal year ends Dec 31st, or even if it is just the end of the quarter it is time to check the calendar. Last week I sat in on a North America business review for a technology company that was focused on closing as much as they possibly could in their Q4. “Drain The Pipe” was the phrase of the day.
Except ..


90% of those late December deals were scheduled for a Proof Of Concept or heavily customized demo between now and December 20th – (which is 35 actual days and in reality 32 or 33 business days because of the US Thanksgiving Holiday).


First – given the timing of the holidays, a massive proportion of the buyers, recommenders, approvers and signers will be celebrating the holidays and taking off the entire week of the 23rd and most likely the 30th and 31st as well. No-one is going to be there to complete the sale.


Second – looking at the number of days required to either run a POC to completion or create a custom demo (it’s a highly configurable system) , there were too many days and not enough SE’s – by an overage factor of 100%.


Something had to give. In the end we scrubbed the pipeline, developed some prioritization guidelines and “borrowed” a couple of engineers/consultants who could quickly configure a number of similar demos. They’re still 20% over.


The message – you may the greatest goals in the world for this quarter – but are they logistically and socially achievable? It’s not just the responsibility of sales to look at these things. How does your calendar look for the next 7 business weeks?


(And then next quarter we have the Chinese New Year ….)
Posted by John at 2:23 PM No comments: